Culture is an important determinant of human behavior, and pushes us to do things that make no sense, put us at serious risk, are expensive and non-utilitarian, or are just plain idiotic.  The absurdity to which humans will go to gain prestige, express their inner child, or be the center of attention knows no bounds.  Human attire and body decoration are classic examples of the elaboration of cultural traits with widespread acceptance, but when viewed from an outsider’s perspective they may seem illogical at best.  Here I use three examples of attire worn by men as classic examples of strange cultural traits that have achieved widespread acceptance. 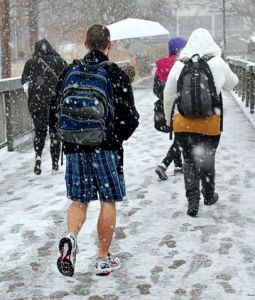 Winter will soon be upon us, however, people in the Great Lakes region of the US would contend that it is already here.  The recent record snowfall in the northeast was a shock to everyone since winter is a couple of weeks away.  While Atlanta has yet to experience snow this fall, there have been atypical blasts of Arctic air.  During a recent cold spell, I noticed a curious practice as I drove by a nearby university campus.  The ambient temperature was sub 40° F (for the few foreign readers of this blog that is sub 5° C) with winds gusting to 25 mph (40 kph), with a wind chill of 29° F (-2 ° C).  Nonetheless, a number of male students were walking to class in shorts.

Let me be clear, these were not joggers out for their morning run.  No, these were students complete with the obligatory backpack with a carabiner and fashionable Nalgene® bottle, a heavy coat, gloves, and headphones.  While it is unlikely that the nattily attired male student will be exposed to the elements for long periods of time, it is worth nothing that while not in danger of frostbite, the Bermuda shorts-clad undergrad must have been cold. 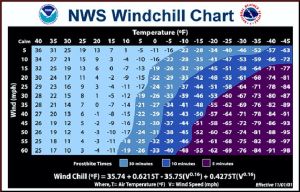 For fans of the winter shorts look, the main motive behind his choice of style is to look cool and comfortable.  The shorts in winter look is not confined to students on college campuses.  Shorts-attired snow blowers have also been spotted in the more northerly climes.  The logic of this activity completely escapes me.  Who are these clowns trying to impress? 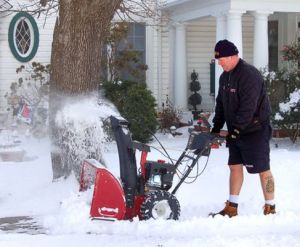 Pants on the Ground (or close to it) 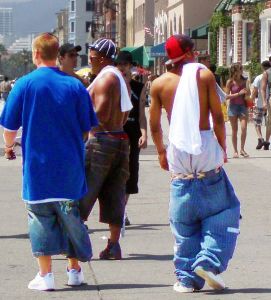 Whether it be black, white, Hispanic, or Asian, all cultures have particular fashion characteristics.  s an anthropologist, I have observed seemingly bizarre attire in many parts of the world.  One of the strangest practices seen in the US among young males is the practice of wearing their pants, not at the waist, but mid-thigh, below the buttocks.  Not only does the style expose the wearer’s underwear, but greatly hinders mobility and simply looks ridiculous.  For some, the look is enhanced by brightly colored boxers to complete the fashion statement.

The origin of this curious practice is unclear.  Some contend that it originated in prisons with inmates wearing baggy prison pants that were worn low as an advertisement for sexual encounters.  Nonetheless, it has been widely accepted among young black males, and has become synonymous with the street chic.  The practice is not limited to blacks, and many white hip-hop wanna-be’s have adopted saggy pants as a mark of status.  Most notable among these is Justin Bieber.  How this improves singing ability or attractiveness is a mystery to me. 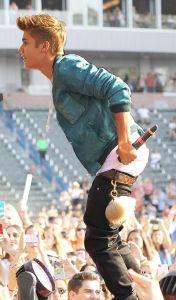 Like wearing shorts in winter, the idea of wearing pants that make normal walking difficult is another one of the cultural traits that makes no sense.      Many communities have enacted laws that prohibit saggy pants.  Delcambre, LA, Hahira, GA, Flint, MI, Albany, GA, Opa-Locka, FL, and Fort Worth, TX among others.  Students in Florida public schools are banned from wearing saggy pants.  Other notable breaches of civility include, a University of New Mexico football player, Deshon Marman who was removed from a US Airways flight from San Francisco to Albuquerque, NM for saggy paints.  In 2012 Alabama County Circuit Judge John Bush sentenced 20 year-old LaMarcus Ramsey to three days in jail for appearing in court wearing saggy jeans.  Saggy pants are banned on the Wildwood, New Jersey boardwalk.  The NBA enforces a dress code for players at league sponsored events banning sports apparel, sunglasses, headgear, exposed chains or medallions, saying the hip hop image alienated middle-class audiences.

Alienated or not, middle-class or not, saggy pants make about as much sense as penis sheaths in New Guinea.  For the uninitiated penis sheaths are worn by indigenous males that live in the New Guinea Highlands.  Penis sheaths are typically made from a dried gourd and are held in place by a small noose that is place around the scrotum as well as a secondary loop around the abdomen for especially conspicuous ceremonial sheaths. 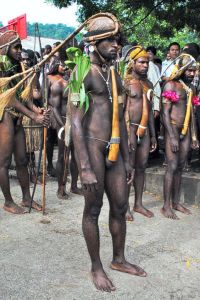 Last on my list of fashion risks is the widespread practice of wearing baseball caps backwards, or at odd angles.  Unlike saggy pants or shorts worn in winter, baseball caps are “costume de rigueur” for males and females in almost all circumstances and venues.  Like it or not, baseball caps are exceedingly popular attire and are worn indoors and out, while dining, on public transportation, attending a lecture, shopping, or watching a movie.  Historically, there were rules of etiquette about wearing hats.  According to Emily Post men should remove your chapeau when in someone’s home, while dining at the table, while being introduced to someone, in a house of worship, indoors at work, in schools, libraries, and courthouses, in restaurants, when the national anthem is played, and when the US flag passes by as in a parade.  More often than not, all rules are ignored.

For the purist, the bill forward is the only acceptable position, and while current fashion also dictates wearing a cap that is at least two sizes too large with a flat, duck-bill look, the classic curved brim is still most appropriate with two exceptions.  Baseball catchers until the 1980s wore their baseball caps turned 180° so that they could put on their protective mask.  Today, catchers wear a helmet similar to that worn by hockey goalies, and 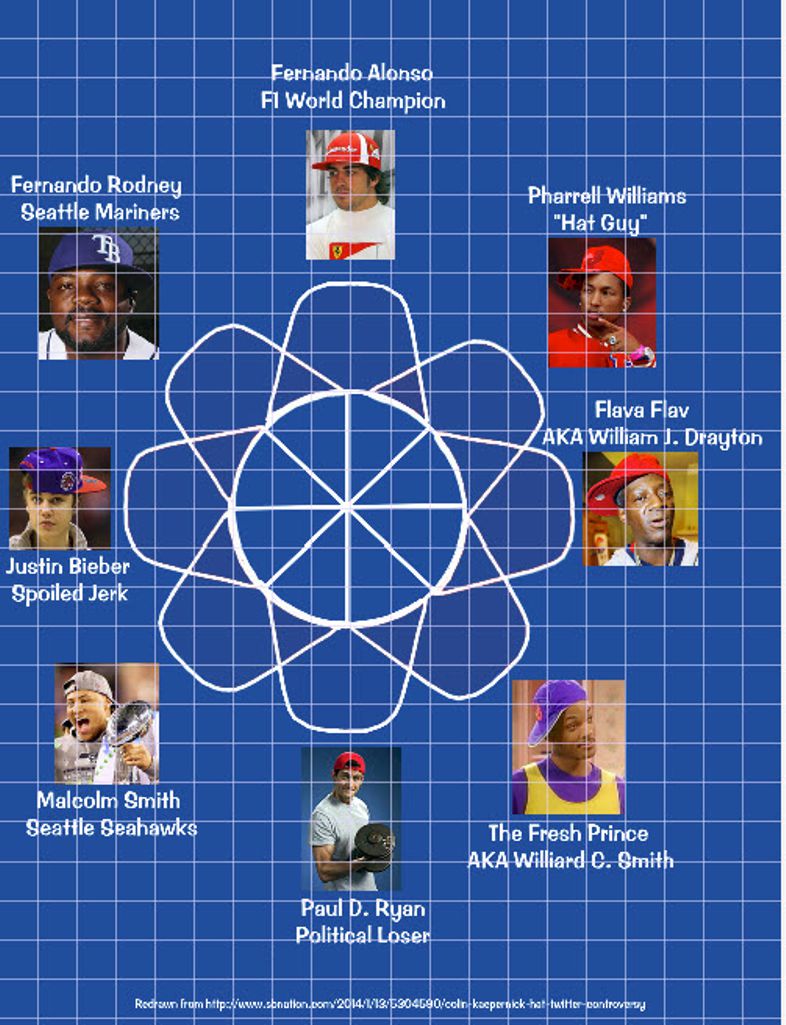 completely obviates the need to wear a traditional baseball cap while catching.  So in the 21st century we find only one situation where it is appropriate and necessary to wear your baseball cap backwards.  Metal workers engaged in arc welding wear a helmet that that protects the unexposed face from concentrated UV and infrared radiation generated by the welding arc.  Additionally, the helmet has a window made of tinted glass, tinted plastic, or a variable density polarizing filter to protect from retina burns.  Reversing the baseball cap provides a bit of extra protection from welding debris.  This is the only situation in which a rear-facing baseball cap is appropriate. 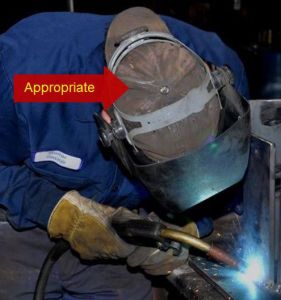 Contrary to common cultural practices, there is no logical reason for wearing a baseball cap askew, save for baseball catchers and welders.  So why is this practice so prevalent?  Culture…yes, certain social groups have adopted the baseball cap as a part of an ensemble that is considered cool and fashionable.  The lack of a rational justification for such a practice is further testament to the power of culture in dictating human behavior.  Once again we see that humans are quite ready to adopt cultural traits that are impractical, irrational, and potentially lethal in order to conform to cultural norms.