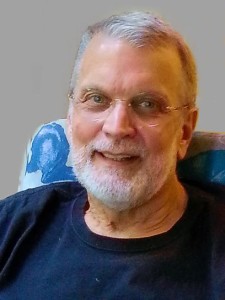 I have written on a variety of subjects including the socioecology and sociobiology of free-ranging, as well as captive, Old World monkeys and apes; I was one of the early researchers to apply Darwinian evolution to questions of clinical medicine and I co-organized the first symposium on the topic at a major scientific meeting; I have done research on the evolution of substance abuse and most recently in the application of evolutionary theory to modern human behavior.

I grew up in Mississippi in the 1950’s and 60’s. I attended Mississippi State University and graduated as sociology/anthropology major in 1969. I enrolled in the graduate program in Anthropology at the University of Georgia completing my M.A. in 1971. My Master’s thesis was study of the social dimensions of rank among male pigtail macaques at the Yerkes Regional Primate Research Center. My work was an extension of my advisor’s research on social roles in various macaque species, and amplified our understanding of what it means to be an alpha male in monkey society.

I enrolled in the Anthropology program at Ohio State University and completed my Ph.D. in 1977. My dissertation research focused on a fine-grained analysis of the motor patterns involved in social play among young rhesus macaques and the variation in types of metacommunication used by male and females when engaging in social play. I studied the play patterns among infants and yearlings in two large groups of rhesus monkeys housed at the Yerkes Regional Primate Center Field Station. Upon completion of my degree, I accepted a position in the Sociology and Anthropology Department at Emory University where I remained until retirement. As an evolutionary anthropologist, I see the entire fabric of the human experience from an evolutionary perspective. That does not mean that all dimensions of humanity evolved in the Darwinian sense, but evolution offers a perspective for interpreting who we are, what we do, and why we do it. Over the last decade, I have been trying to understand why modern humans repeatedly engage in behavior that obviously does not contribute to our good health and longevity. We eat foods that contribute to cardiovascular disease, we are far more sedentary than is good for us, we treat the symptoms of many diseases with drugs that actually exacerbate the condition, and routinely ignore basic scientific findings.