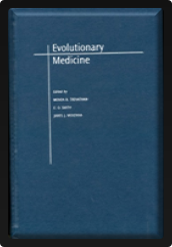 Evolutionary medicine is an emerging field that recognizes that many contemporary social, psychological, and physical ills are related to incompatibility between lifestyles and environments in which humans currently live and the conditions under which human biology evolved. Unfortunately, much of modern medical practice demonstrates a misunderstanding of the evolution of physical responses to stresses that were faced by our ancestors. This volume is an attempt to explore these topics, to propose ways to reframe questions about diseases and disorders in an evolutionary context, and to suggest new approaches to treatment.

Evolutionary Medicine provides readers with a well-balanced and broad overview of the kinds of research being done in the area. The contributors are biological anthropologists with background in the medical sciences, physicians, biologists, and representatives of a few other social and biomedical sciences. Studies of interest to practitioners in many medical fields are represented in the book, including, but not limited to, pediatrics, obstetrics, immunology, infectious diseases, psychiatry, and gerontology.

On the whole, Evolutionary Medicine is a good introduction to a new field. The articles are mostly well written and interesting and cover the gamut of current studies. Nonspecialists may struggle with a few of the chapters, but anyone interested in learning more about how evolutionary theory is being used to gain insights into medical problems will find much in the volume to stimulate their creative juices.

Sattenspiel, Lisa, Department of Anthropology, University of Missouri, Journal of the Medical Association, 284(1):99-101, 2000

Brett, John & Niermeyer, Susan – Is Neonatal Jaundice a Disease or an Adaptive Process?

Worthman, Carol M. – Evolutionary Perspectives on the Onset of Puberty.