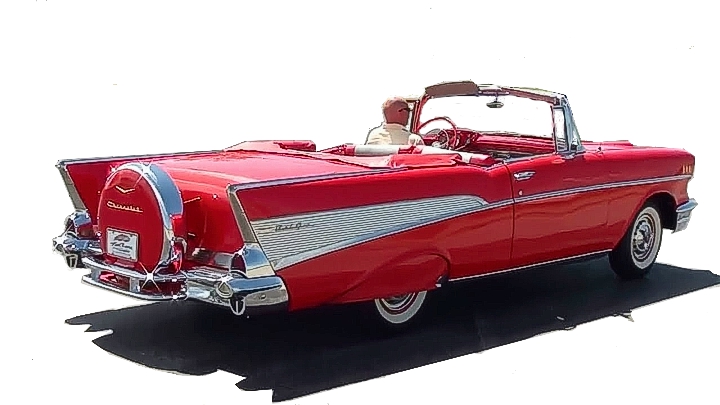 I am surrounded by millennials.  Many of you may have noticed them, they are the adults walking around with a cell phone permanently attached to one of the hands.  These people are an exotic and understudied part of American society.  As a retired anthropologist I see this as an unprecedented opportunity to observe the behavior of the natives in their natural habitat.  Now who are these people?  They are a demographic cohort that follows Generation X, and while there are no precise dates for the beginning or end of the generation, most researchers use birth years from the early 1980s to the turn of the century.  In general, they are children of Baby Boomers or Generation Xers.

There have been numerous books and articles written about millennials that deal with their psychology, political leanings, attitudes about social issues, reliance on technology, and economic prospects.  I am not going to rehash these issues, but I want to focus on millennials and cars.  More correctly, millennials and their lack of interest in cars.  This topic caught my interest when I saw a commercial on television for a company whose claim to fame is that you buy one of their cars online.  At first I thought, so what?  Most car companies have websites and dedicated internet sales people, but the bottom line is that people go to a dealership, have the opportunity to test drive the vehicle of interest, or at least a similar model, and make a deal.

It appears that millennials are less involved with automobiles than previous generations based on ads on television targeted at them.  Carvana, an online used car sales website, touts that you can pick out your car from their descriptions on the website, make a selection, and the car is delivered to you.  Often with pizza and brownies thrown in for good measure.  This is completely incomprehensible to me.

How can someone buy a car without the anticipation of a test drive, the endless waiting while the salesman “takes your offer to his boss,” the never-ending stream of people asking you if you need anything, and the inevitable face-to-face with the sales manager?  The idea of reclining on a couch and ordering a car like one might a pizza strikes me as bazaar.

The idea that a car is no more special purchase than a 60” ultra-thin, 3-D, curved big screen television complete with super-duper sound and window-rattling bass is foreign to Baby Boomers.  I know everyone in my generation is not uniformly intrigued by cars, but there are some of you who know that excited feeling when you see a well preserved or restored 1957 Chevrolet Bel Air Sport Coupé with a fuel-injected 283 cubic inch V8 with solid lifters and the “Duntov” cam, pumping out 283 horsepower, under the hood.  Power steering, power brakes, signal seeking AM radio with twin antennas, a rear speaker with separate volume control “surround” sound, and the “Autronic eye” that sensed oncoming headlights automatically dimming the headlamps were the stuff of dreams.  For the true “hard core” enthusiasts, one of these beauties could be had with the $188.00 dealer-installed 4-speed transmission.  Power seats and windows, air conditioning, electric windshield wipers, padded instrument panel, a stunning array of 25 different colored exteriors (Coppertone, Grecian Gold, Coronado Yellow, Sierra Gold, Inca Silver, Imperial Ivory, India Ivory, Polo White, Calypso Cream, Colonial Cream, Adobe Beige, Dusk, Marlin Blue, Medium Blue, Larkspur Blue, Harbor Blue, Venetian Red, Matador Red, Canyon Coral, Cascade Green, Tropical Turquoise, , Surf Green, Highland Green, Laurel Green, and Onyx Black), a continental kit, and fender skirts rounded out the list of options.  Now that was a car.

Why should I wax poetic about a car?  It was a part of my childhood, adolescence, and adult life.  When I launch into one of my “good old days” speeches, I can guarantee that any millennials will roll their eyes in disbelief.  Today, cars are viewed as a necessary evil to be driven to extinction as quickly as possible.  The promise of driverless cars causes unbridled enthusiasm among millennials.  The same idea strikes fear, terror, and loathing in my heart.

OK, now to the real point of this blog, millennials and driving.  From my observations they are abysmal drivers.  The small lever on the left of the steering column is a useless annoyance and certainly not to be used to give other drivers a hint of your next move might be.  For millennials, emergency flashers should be turned on when one is undecided on which way to turn when approaching an intersection.  One needs to keep options open as suddenly your GPS may be bark out “recalculating” and one must be prepared for instant action.  Cell phones, texting, and driving go hand-in-hand like peanut butter and jelly sandwiches, for millennials.  While waiting at a traffic light millennials have an overwhelming urge to check their texts or emails.  God forbid that some essential, life-threatening message has arrived since you did the same thing at the previous stoplight.  A light tap on the horn may bring millennials back to some level of attention to their surrounds, but it is often met with the all-time favorite “middle finger salute.”

To be fair, all millennials are not bad drivers, just most of them.  Most are bad walkers as well.  With a cell phone permanently attached to one hand, earbuds firmly implanted, and a water bottle in the other, millennials navigate pedestrian walkways in my neighborhood.  It is as if millennials cannot walk without a cell phone.  They are a hazard when trying to negotiate the assembled masses on Peachtree Street as they walk more slowly than almost anyone, save for someone on crutches.  They don’t look where they are going, and they seem to share the expectation that you should get out of their way.

Do I know some millennials? Yes, and I find them interesting to talk to when one is able to get their attention.  They are different from me, but that is a good thing, I guess.  I shudder to think if there were geriatric curmudgeons everywhere.  In addition to their non interest in cars, they seem to have a pathological fascination with food.  It is reported that the average millennial spends four times as much for food as older generations.  I take as prima facie evidence of that is the rise of “designer” grocery stores.  If it is labeled organic, not genetically engineered, locally grown, and fresh, it seems irresistible to the millennials I have observed.

Millennials are a curious lot.  To an anthropologist, they seem to have gotten the idea that one needs not to work too much.  This is, of course, foreign to a Baby Boomer.  Work to us is who we are and what we did.  Unlike millennials, we felt guilty about taking vacations.  We identified ourselves by what we did for a living.  I was an anthropologist, a professor, a research scientist.  I never thought of myself in any other role.  Consequently, we were driven to work, for that is what a good person did.  The idea that one might two weeks off was never a reality for me.  As I have heard so often, “Americans live to work; Europeans work to live.  Maybe millennials do have a better balance in their lives?  The jury is still out.

These are only my preliminary notes from the field.  Stay tuned as I conduct more observations of the natives.  Surely, there is much more to reveal.