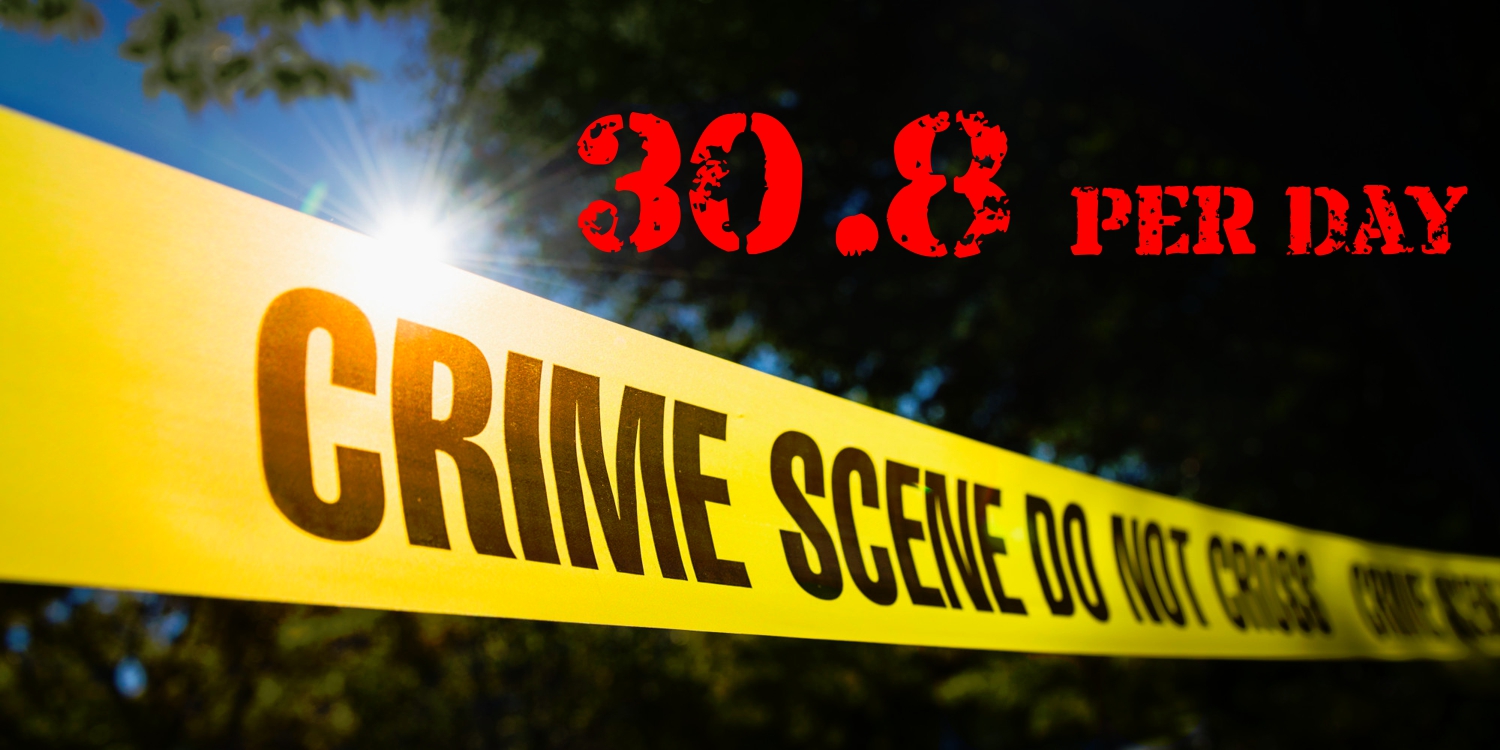 Alison Parker and Adam Ward joined a growing list of people murdered with a legally purchased handgun this year in the US.  Advocates of “gun rights,” of concealed carry permits, of maintaining an arsenal for protection against the tyranny of the Federal government, or of “Stand Your Ground” legislation should rejoice.  Another law-abiding US citizen followed the law, bought an automatic pistol, killed two people and seriously injured a third while recording the event with hand-held video camera.  What could be more American than that?  This is nothing new in the US and wouldn’t have made such a big splash in the media except that it was captured on live TV and the victims and shooter all worked in TV news.

Murders happen daily, even hourly across the US.  Tragically, the murders in Roanoke, Virginia did not make the FBI mass murder statistics since the shooter did not kill four or more people (excluding himself).  This tragedy is relegated to the FBI spree killer or serial killer scorecard.  What a sad commentary that the FBI finds it useful to differentiate among these three types of murderers.  Normally, I would trot out homicide statistics for the US and do a state by state comparison, and then an international comparison of the US with other “developed” countries.  However, logic, reason, and common sense have been shown not to work on this issue.

When it comes to guns, Americans are gullible, stupid, and lazy.  Why, you ask?  Too many citizens uncritically accept the messages of the NRA, gun manufacturers, and lobbyists that it is not guns that kill people; people kill people.  Right on!  At funerals of firearm victims, let’s hand out bumper stickers that proclaim such pearls of wisdom as “This car protected by Smith & Wesson,” “The only thing that will stop a bad guy with a gun is a good guy with a bigger gun,” and the time-honored favorite “You can have my guns when you can pry them from my cold, dead fingers.”  Yes, people actually pay for bumper stickers to put on their cars/trucks and publicly announce their stupidity.

And while I am on my soapbox, let’s hear it for hunters.  Americans, mostly adult and semi-adult males, have bought the Wild West Frontier mentality lock, stock, and barrel.[i]  According to the US Fish and Wildlife Service, more than 13.7M people participated in hunting activities in 2011 (most current data) and spent over $33.7B on hunting products and services.  If fashion is your thing, just go to your local Walmart for an impressive array of hunting paraphernalia.  Orange caps, orange vests, camouflage jackets, vests, pants, boots, gloves, and hats line the shelves.  You can buy products to keep mosquitoes and assorted other noxious insects away, deodorants to make you olfactorily invisible to prey, pastes and sprays to attract rutting deer, as well as face paint to complete the look.  I am waiting to see if Estee Lauder will venture into the hunter makeup market.  I can see it now, Bubba saunters into the local Walmart and asks for camouflage paint with a winter woodland base and a hint of snow.

As Chris Rock once said, “We are the only people who hunt when we are not hungry.”  Across rural America the changing foliage colors don’t signal the onset of fall, but the beginning of hunting season.  For most of us this joyous season is marked by Halloween pumpkins, the smell of smoke from wood-burning fireplaces, and the prospects of an obscenely caloric Thanksgiving meal with family.  Where I grew up, fall was marked by the gruesome image of a successful hunter with eviscerated Bambi strapped to the hood of a pickup truck, cruising by the local beer joint/gas station/ice cream parlor proclaiming his.8 virility.  If hunters and fishermen actually ate everything they killed I might feel differently.  Many hunters give their game to charity, whatever that means.  I have seen few homeless people who are prepared to butcher and store 150 pounds of venison for a rainy day.  And then there are the “catch and release” fishermen.  Do we know how many of the trophy fish caught subsequently die of their injuries?  Absolutely not, they swam away didn’t they?  Moreover, why should we care?  They are just fish.

For the most part, we are not dependent on our hunting and/or fishing expertise for our next meal.  It is simply another venue for people to live out the American myth, land of the free, home of the brave, gullible, and lazy.  To be sure, the myth is perpetuated by big business.  Lobbyists for firearm, as well as outdoor sports industries have bought and paid for enough votes in Congress to insure that nothing will upset the steady flow of money from gullible Americans who have been convinced they need a $50K bass boat for total happiness.

To return to the Roanoke murders.  On average, 30.8 people are murdered with firearms every day in the US.[ii]  Drive-by shootings in any intown neighborhood, road rage incidents on the freeway of your choice, disputes over the ownership of a pair of sneakers, as well as disagreements over the size of external male genitalia are all carried out with guns.  I say go for it.  Encourage your kids to buy a gun with their allowance, to never resort to verbal resolution of a conflict when a gun will do, to always bring a gun to any fight, and to use a weapon to settle any argument – domestic, personal, or professional.  And while you are at it, encourage your local media outlet to sensationalize every act of gun violence, lethal or not.  We need to be treated to graphic accounts of shootings and murders at every opportunity.  Home break-ins should be covered with a voice-over announcement that if the poor victims had a gun the outcome would have been different.  Sexual assaults should have similar advice:  namely that if she had a gun, the outcome would have been different.

The take-home message of this blog is stop bemoaning the tragic nature of the gun violence and do something about it.  My expectation is that Americans have become so inured to violence and murder that the Roanoke murders will pass into oblivion just like the countless ones before.  My hope is just the opposite.

[i] Interestingly, this figure of speech was commonplace by the late 18th or early 19th century and referred to the three components of a flintlock rifle.  The Connecticut Sentinel published a letter in July 1803 describing the 4th of July celebration in Stratford, Connecticut.  Thirty men carried ‘huge keg of rum’ around the town and drank toasts with glasses filled to the brim.  The toasts included:

The record of the toasts ends rather abruptly after the 13th.