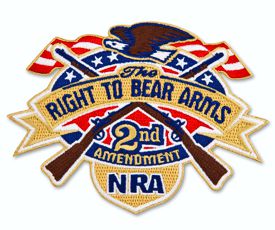 Let’s face it; the US is a violent country.  Murders are an everyday event.  Mass murders, workplace slaughters, and school shootings are common occurrences.  I could quote statistics about how often these crimes occur, but one only has to pick up a daily newspaper in a large city or tune in to the nightly television news to hear about murders, rapes, and robberies.  The adage, if it bleeds, it leads, was never more true than today.

The recent shooting at the US Navy Yard in Washington has brought out emotional pleas to do something about murders in our society.  The news is nonstop with information on the gunman, where the shooting happened, who was killed, what sort of gun/guns were used, how many police were involved, what is the mood of the community after the shooting, etc. etc.  These same questions were asked previously about murders at the Sandy Hook Elementary School in Newtown, CT, the Aurora, CO movie theater, the American Civic Association immigration center in Binghamton, NY, Virginia Tech in Blacksburg, VA, the Sikh Temple of Wisconsin in Oak Creek, WN, and Tucson, AZ, and will be asked again by police, politicians, news commentators, as well as the public.

Like previous mass murders, Congress will want its share of the spotlight and hold a hearing giving our Senators and/or Representatives a platform on which to pontificate about the terrible state of American society.  At best, a committee will be formed to investigate what happened.  Several months from now the super-duper, blue ribbon committee appointed to study the issue will issue a recommendation that we need greater security at these mission critical installations.  Of course, the cost of such enhancements is estimated in the millions.  As happened in the wake of the numerous school shootings, there was much talk about increased security at all schools, but little has been done.  The problem is that security costs money, and the costs associated with security covary directly with the level desired.

Instead of dealing with the problem, Congress, whose membership is largely bought and paid for by the NRA, likely will  do nothing.  Shedding a tear and expressing condolences to affected families does little to solve the problem.  Murders, whether en masse or individual, are the result of two factors.  First, the ready availability of guns, not just “assault” weapons, makes expression of a fundamental human emotion, anger, a relatively low cost endeavor to the actor.  Now, rather than engaging in hand to hand, or even arm to arm combat, a lethal blow can be administered from well out of arm’s reach or even sight.  That humans will behave aggressively under particular environmental circumstances is an absolute certainty, but for most of human history long range lethality was only a warrior’s dream.  Today it is available at Walmart.

It is clear that the NRA has waged an effective campaign, not only to buy influence in Washington, but also to co-opt sportsmen into thinking that the government is coming after their guns.  Much of America is rural and we have a long history of people relying on long guns to kill game for food.  Unfortunately, these honest hunters (the eat what you shoot kind) have been seduced by the NRA into believing any restriction on gun ownership is only the first step on the slippery slope toward confiscation of all weapons.

The employees of NRA elected to Congress (those who have taken campaign contributions from the NRA) have successfully blocked any legislation that might curtail gun ownership at the national level.  Today it is left to the states to institute such laws, but the halls of the state houses are also populated with elected officials bought and paid for by the NRA.  Consequently, the prospects for reform of gun ownership laws across the country are very poor.

During all the hand wringing about mass murders, school shootings, and workplace violence, the NRA has consistently pointed the finger at mental health.  If we only had adequate mental health screening and treatment we could avoid most of these tragedies, says the NRA.  On this, but very little else, I agree with the NRA’s position.  We do an abysmal job of dealing with mental health.  If the truth were known, most people need mental healthcare at some time in their lives, but don’t get it.  Lack of adequate services, lack of knowledge about what constitutes good mental health, and discrimination against those affected have impeded attempts to address this critical aspect of healthcare.

After the dust has settled and the heat of the moment has passed, Congress will go back to its old ways of not dealing with mental health, or anything else for that matter.  Because the mentally ill don’t have a voice in Congress, unlike the NRA, the budgets for mental health care, treatment, and research are the targets of the budget ax.  We have no problem spending billions on research and treatment of heart disease, various cancers, and other chronic diseases, but are penny wise and pound foolish about mental health.  Thanks to the NRA and our inability to deal with mental health in the same way we address other healthcare issues, we can look forward to continued mass murders, school shootings, and the widespread use firearms.  So what is the bottom line?  DEAL WITH IT!  Until Americans wake up to the effects of the lobbying efforts of organizations like the NRA, we are getting just what we voted for.