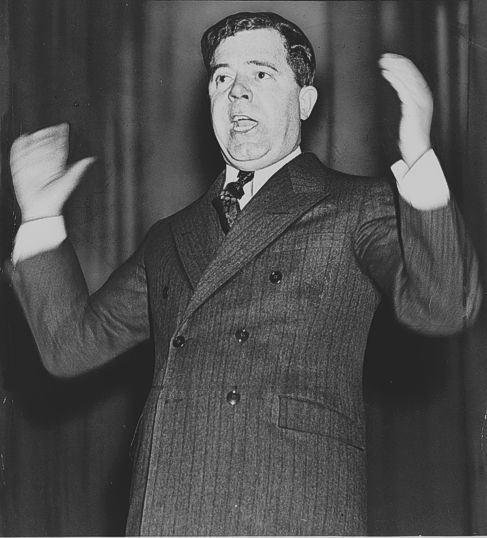 Second, a scientific theory is based on a cumulative body of knowledge.  A scientific theory allows one to make predictions about the outcome of certain events and the fundamental work of science is to test as man of those predictions as possible.  The more a theory is tested, the better it gets.  If a theory is wrong, then repeated testing of hypotheses will reveal the flaws and either it is revised or discarded.  Therefore, in science, an experiment that fails to support a hypothesis is just as valuable as one that generates results consistent with the theory.

Scientists often disagree about the interpretations of the results of experiments, the logical consistency of hypotheses, or the methods employed to test the hypotheses.  In the scientific community, disagreement is welcomed and is a fundamental part of the scientific process.  However, when scientists say that there is disagreement about a theory and that disagreement is noted in the public media, we are shooting ourselves in our collective feet.  Disagreements over the reasons a particular baseball pitcher is so effective against left-handed batters, and scientific disagreements are very different things.

What scientists should say is that there is disagreement about the application of a theory to a particular set of observations.  Failure to use language that is more precise has muddied the public perception of science.  That scientists disagree about a particular set of observations does not call a theory into question.  In fact, only through vigorous disagreement does science gain additional understanding and insight.  Science is a process of hypothesis formation, hypothesis testing, and evaluation.

Unlike other ways of gaining knowledge, science is self-correcting, and self-correction is its defining characteristic.  Unfortunately, when many people hear that scientists do not agree they immediately infer that all underlying assumptions are being called into question.  Disagreement among scientists over the cause of an event, does not mean that the event did/does not occur (e.g. climate change).

Those who argue most vociferously that evolution is nothing more than a theory are both right and wrong.  Yes, it is a theory based on countless observation by scientists, naturalists, explorers, etc. for hundreds of years.  However, it is vastly more than simply an individual’s interpretation of a series of events, but is an internally consistent, predictive body of knowledge.  The theory of evolution is predictive, in that we can hypothesize about the relationship of events in nature and assign a probability to their likelihood of occurrence.  I can say that there is 95% chance that home range size in grazing animals is related to the quality of food available.  More about probability in a later post.

The evidence for evolution is overwhelming.  To mention just a few sources of evidence.  Using the extraordinary Hubble Space Telescope, astronomers and astrophysicists have discovered the existence of billions of planets orbiting around billions of stars in our galaxy.  Paleontologists working in Western Australia have found fossils of blue-green algae determined to be nearly 3.5 billion years old.  Fossils from about 330 million years ago reveal forms that were transitional between fish and early land dwelling tetrapods.  Birdlike fossil dinosaurs have been discovered that date to 155 million years ago.  Geneticists have confirmed the similarity in the DNA of humans and nonhuman primates.  Scientists have been able to reconstruct the genome of the Neanderthals, one of our early ancestors, using DNA in their skeletal remains.  Neuroscientists have used MRI technology to scan the brains of humans and non-human primates and discovered the same overall structure, but also important differences in how the brain processes information, not observable by comparison of their neuroanatomy alone.

Evolution is not a theory, it is a fact.  The evidence for evolution is overwhelming and is a discussion that has fully developed over the last two centuries.  I will not argue about the existence of evolution, nor will I argue about its centrality in understanding who we are and how we got here.  There are numerous ongoing discussions about the relationship between evolution and religion; this blog will not be one of them.  Evolution is a fact and it is the theoretical foundation for this blog.

An oft-repeated quote about opinions has been attributed to a variety of sources, but perhaps one of the most colorful was Huey Pierce Long (1892-1935).  Nicknamed The Kingfish, he was a Democrat, out-spoken populist, and the 40th Governor of Louisiana.  Among a variety of progressive social programs, Long vigorously pursued legislation that would provide free textbooks to all students enrolled in public schools throughout the state.  The program, which was extraordinarily progressive for the time, faced considerable opposition from many wealthy citizens, as well as various numerous corporate interests. There had been bitter exchanges in the press and in response to cat calls and boos on the floor of the Louisiana House, Long noted that “,,, Opinions are like assholes, everybody has one, and some smell more than others.”  This did little to endear him to his detractors but was certainly consistent with his view of how politics worked.